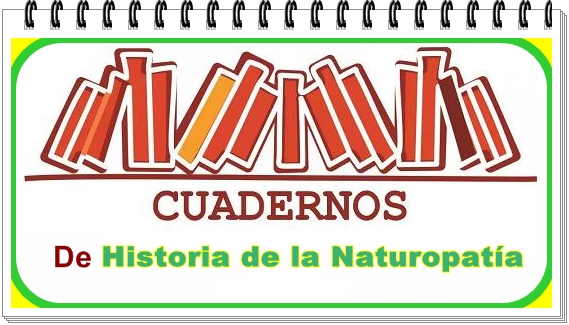 During the twenty and thirty years of last century Vincenz Priessnitz (1790-1859) inaugurated a new era in medical science. Through several decades before him Dr. Hahnemann (1755-1843) had made a breach in the time-honored practice of poisoning through drugs, he did not succeed in overthrowing the idol, because he still continued to treat his patients with drugs, though in diluted proportions; but Mr. Priessnitz, by discarding all drugs and simply applying water, amazed the laymen and confounded the physicians. Mr. Priessnitz was greatly encouraged in his work by the general efforts and aspirations for freedom and independence which had so abundantly revealed themselves in the German wars for liberty (1813-1815), in the enthusiasm for gymnastics and exercise (Father Jahn in Germany and Henrik Ling in Sweden) and in the return to a simple and healthy life. That was the epoch of the pure water-treatment, represented by Messrs. Munde and Rausse. At the same time other factors were at hand which, just as one-sided as the water-treatment alone, yet combined with this, formed the foundations for that splendid structure we nowadays call “Naturopathy.” One-sided were not only calisthenics, but also Schroth’s abstemious cure, which appeared simultaneously with Mr. Priessnitz’s water-treatment and, found special favor in Austria. A short time before Messrs. Theodor Hahn and Baltzer had introduced vegetarianism. So it happened, that “the associations for natural life and treatment” which originated in the middle of the last century, adopted both vegetarianism and cold water treatment. The causes of separation, after several years, were extreme demands made by both parties; nevertheless, sufficient good feeling remained: the vegetarians applied the cold water treatment wherever they found it necessary; and the partisans of the water-treatment recommended the vegetarian diet for most of their patients. This is a convincing proof that both factors are important for the promotion of health.

In the centre of all these movements and profiting by them, stood Mr. Theodor Hahn, who, though very practical, was handicapped by limited means. Nevertheless, in his text-books – written in a clear and most attractive style, he recommends water-treatment in a mild form; gymnastics, calisthenics; stroking and kneading; sun and air baths. This man of comprehensive mind laid the foundation of our present natural method of healing; for whatever we have now, he has already referred to in his writings. Mr. Schroth’s abstemiousness he would never endorse, though in many cases it produced good results. To Mr. Theodor Hahn is certainly due the credit of having called into being Naturopathy or the true Natural Method of Healing and Living.

The various methods he has recommended have been expanded and perfected by his followers.

Massage, in all its varieties, was developed and propagated by Mr. Thure Brandt, a Swede, and Dr. Metzger, a citizen of Amsterdam. The almost unavoidable crises, caused by cold water-treatment, will be alleviated by massage; most female ailments, no matter what their name, can be cured by massage; pronounced cancer alone is beyond our power. Consequently, operations and local applications of any kind are done away with; the patients are often amazed at the wonderful results attained by massage.

The sun-and light-air baths have become universal through Dr. Rikli, who had made them the special object of profound study. Diligent experiments and observations on the part of several authorities on hygienic have modified former severities in the vegetarian cult, as well as in the treatment of patients by hydropathy.

Against the general effeminacy of humanity we have a universal remedy in Father Kneipp’s short cold water applications, which, with Mr. Priessnitz’s methods, will, bye and bye, be superseded by a thorough living up to nature.

Many other factors have entered into themselves to Naturopathy: for this reason we cannot be too careful in special cases, as, for instance, in the various system for clothing, where we have Mr. Jaeger’s woolen garments, Dr. Lahmann’s reform and cotton vestments, Father Kneipp’s coarse underwear, and several compositions of inferior kinds for speculative purposes. To these factors have also been added electricity, animal magnetism and hypnotism. Though the three latter are to a great extent exploited by swindlers, we have many indisputable cases in which persons have been cured by these agencies.

There are two points in this movement which strike us as peculiar. 1. Each factor was one-sided—even exclusive—in its development; but such exclusiveness was necessary to attain a certain degree of perfection; and 2. the enthusiasts of these new methods in hygienic were laymen who, not in the least influences by medical science and its errors, carried out their ideas, as, for instance, Ling, the representative of calisthenics; the Austrian peasants, Priessnitz and Schroth; the druggist, Theodor Hahn, the minister Baltzer, the merchant and technologist Rikli, and the master of massage, Mr. Thure Brandt.

The saying is: “When kings become architects, the mechanics have work.”

This is not at all strange. Whatever is really good, whatever approached perfection or divinity, has been revealed to humanity by plain men. The disciples of Jesus Christ were men of the people. And in our time Count Tolstoi received his first impulse for his reformatory work from a peasant.

It was unfortunate that many mechanics were ready to carry out the plans of these kings whose grand ideas are not only fit to live for, but to permeate the lowest strata of the people. We find our apostles in all ranks of society; and we propagate our ideas through associations, lectures, books and in Sanitaria.

These different systems with the their varied branches (leaving out whatever was extreme or one-sided), have been summed up by Mr. F.E. Bilz in his excellent work: “The Natural Method of Healing.” Fortunately, there have always been level-headed men who, following Goethe’s advice, “examine everything and retain the best.” And that is why the Natural Method of Healing nowadays comprises many different elements of treatment. These include: proper food; physical culture, with its subdivisions; correct breathing; pure air at all times; the influence of warmth (especially that of the sun); and rest, alternating with active and passive movements, inclusive of the kneading processes. That these methods cannot accomplish, applied singly, will often be realized by a combination of them. For this reason our treatment has many parts, and must be adapted to each individual personality.

Sixty years ago the Natural Method of Healing was a child that, having found a wheat grain, imagined that it owned the philosopher’s stone. Thirty years ago the Natural Method of Healing was a youth overflowing with ideals, and who, lacking maturity, challenged everybody who had any doubt as to his fulfilling his ideals. But now the Natural Method of Healing is a man, fully aware of his faculties and possibilities, who has outgrown his youthful errors, conquered countless difficulties and untold deadly enemies and who, unmindful the barking of the representatives of small and unworthy interests, wins the hearts of all right-thinking men and women, who will give him a hearing, and quietly wants to see the frail structure of artificial medical science break down.

The day is not far distant when Naturopathy will stand beside royal thrones, and will rule in all countries, not by the force of the police or penal laws, but in virtue of incomparable results in leading humanity to superior wisdom, and to the pinnacle of happiness. Naturopathy, or the Natural Method of Healing and Living is the medical science of the future. 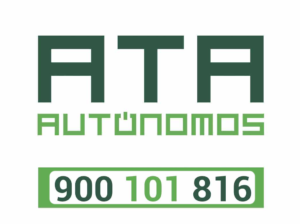